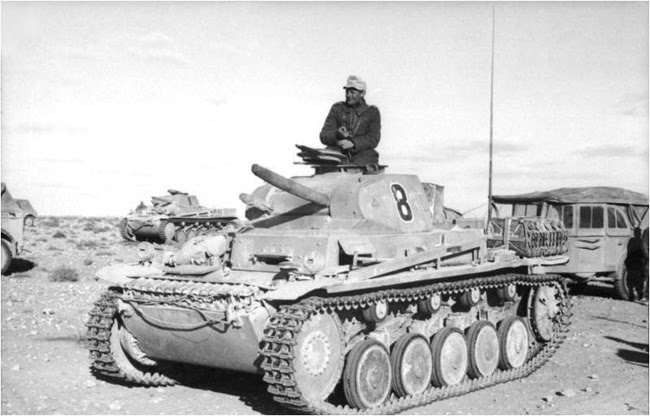 For everyone among my readers (and you know who you are! :D ) who succumbed to the siren lure of the Perry's rather tasty 28mm Deutsche Afrika Korps figures, the list for using them in Chain of Command is here.

Interesting - three squads each with two MG34 teams, so lots of firepower, but like a lot of German lists, only one Senior Leader, and no intrinsic supports with the platoon.

The '34's will make it pretty brutal, though, if used properly: the list has the standard German national characteristics, you'll need to be sensible with your use of leaders if you want to take advantage of them. Just like in real life, really.

Supportwise, it's pretty decent - things like a Panzer 1 or a Sdkfz221 armoured car are only List 3, so mobile support is cheap, and the ubiquitous BMW R75 and sidecar as transport for an MG34 is List 1!