The future of WAB

Labels: WAB
For those who play WAB and don't read the forums, I've just popped up a bunch of polls on the WAB Forum - I'd be interested in folks' thoughts. Please feel free to reblog the link or this post.
Posted by Mike Whitaker at 10:26 2 comments: 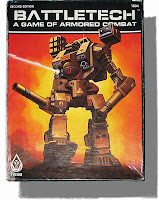 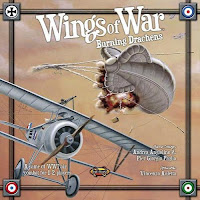 Something else, like WAB, I expect to spend some time playing with my son, just as soon as I get together some decent 28mm Normandy scenery.
[1] Dear Facebook. THIS is how you use 'via'. Not the other way round. No love. Me.
Posted by Mike Whitaker at 08:30 8 comments:

Warhammer Historical is no more

Labels: games workshop, WAB
And I quote from their website
The WAB FAQ links are still up, though who knows how long for - see the WABForum for links.
Posted by Mike Whitaker at 16:30 No comments:

The Saga of the White Ravens

Five were there foremost, fearless in battle.
Swords all sharpened, spears of the thegns:

Young men, the Geoguth, with yellow-haired Wulfric,
Hungry, the hunters, hasten to battle.

Labels: administrivia
Shows how busy I've been this past few weeks, as Trouble At T'Mill flipped past 20,000 page views sometime on Sunday and I didn't notice.

Thank you to everyone who reads and comments: I have to say I've really enjoyed the whole blogging process, and generally getting my non-fiction writing chops up to snuff.

There will be more posts soon:

Labels: battle report, imagi-nation
Back from (surprisingly) sunny East Ayton (in N. Yorks) for a remarkably fun couple of days with the WD3 folks, participating in a sprawling two day Imaginations battle, with over a dozen players and (at a rough guess) well over a thousand figures on a 24'x6' battlefield (plus an extension on the second day due to us over-achievers on the right flank).

I had an absolute ball, and many thanks to the organisers, as well as everyone involved - made to feel very welcome, and really enjoyed the game.

In-character details will follow on the Duchy of Elland blog, but here are a few pics to whet your appetite.

Skipping ahead while this is fresh in my mind :D I'll go back and catch up on the three outstanding reports later!

Last night AndyH and I convened at the club to playtest an Age of Arthur scenario for WAB. This was one Andy had designed and sent to me for critique, and we'd gone through several rounds of back and forth (see my posts on scenario design for some of the things I was thinking about while suggesting tuning - predominantly use of the board and terrain). The final map we designed is visible to the right - it's going to get a few tweaks from here still, and I may well post an 'evolution of a scenario' post later. As for the actual detailed rules of the scenario - you'll have to wait for those :D

Advance apologies for the quality of some of the photos - the light was a bit low, and I wasn't allowing enough time for camera shake on the iPhone.

So for now - a battle report. Andy was the attacker with his Romano-British, and my Saxons' solitary unit of Duguth plus some bowmen had just lit a fire in the watchtower to warn the rest of my army of their approach!

Andy advanced, and I rolled for arrival of the rest of my army - pretty decent, in that half the units from the village off my table edge showed up. Next turn, his first unit of Milites made it to the tower, attacking up the slope, and his cavalry crossed the river and began to threaten my approaching reinforcements.

His attacking force was met by a hail of javelins and arrows, but managed to scare off the archers defending the hill top, and hauled their way up the slope.

Meanwhile my cavalry (from another village) showed up on Andy's left, and the left flank turned into a rather involved battle of manoeuvre between his cavalry and Milites, and my Gedrith and cavalry, which lasted most of the game. At the same time, Andy's (disloyal scum of a bunch of) Saxon allies turned up on the right flank and moved in to join the fray around the tower.

Back at the tower, the Milites were repulsed, but rallied, and the battle at the tower itself became something of a standoff. His Saxons (boo, hiss) routed my Geoguth, and proceeded to chase down my other unit of Duguth in the centre. The archers, who'd rallied in a wood almost on my baseline, decided this was too much, and fled.

In the last but one turn I managed to charge his cavalry on the left, after several rounds of cautious manoeuvring, and after two rounds of inconclusive melee, my Gedriht caught them in the rear, and destroyed them. End of battle, and... wow. I don't think I've ever had to think that hard in a WAB battle before - the terrain and scenario meant that line-up-and-smack-the-crap-out-of-each-other was never going to work.

The final result? A bloody standoff, in the best traditions of AoA battles. My thanks to Andy for being, as ever, a gracious and fun opponent, and for letting me critique his scenario and rip the original terrain layout to shreds!