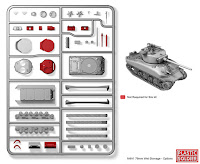 Just a quick note: if you're planning on doing this, by far and away the best source for the 75mm parts is the PSC M4A1(76)Wet kit.

a) the bits you need are specifically marked as 'not required for this kit'. (Good old PSC 'almost generic' sprues!) 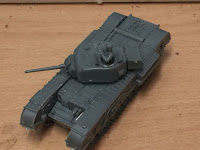