The end of another long strange year.

So, where to start?

On a personal note? Changed jobs again, which was almost as much a surprise to me as it probably is to you. A definite "it's not you, it's me" moment as I got a contract offer from CricViz I couldn't refuse, which also allowed me (as it is only a 3 days a week contract) to take on a second contract for a project I was in at the beginning of that I'd been trying to squeeze into my non-existent free time. Result? Hopefully both more money and more free time, helped by having more trained minions for church tech stuff.

The club, back from a fresh start at a new venue in 2021, grows from strength to strength: we have lots of new members, and consistently over 20 people showing up each Monday. Show wise, we took a big 54mm WW2 game to Hammerhead, our mad 1:1 garden gnome patio skirmish to Partizan, the equally mad Dead's Army (everything is better with zombies!) to Campaign:MK, and our 6mm IABSM game set on D-Day in Chef-du-Pont to the Other Partizan.

Additionally, we ran a club open day (at which our Bloody Omaha game saw another outing) and Posh Lard, at which the Chef-du-Pont game actually got its first outing.

We restarted our Wednesday night 'paint and natter' sessions late in 2021, which have basically seen a small group of club members variously doing work on club projects and personal ones. Principal club project at present is detailing the Chef-du-Pont boards, but we will have to revisit and tart up our Dambusters game for the Salute 50th (and Operation: Chastise's 80th) anniversary next year.

As for my personal hobby stuff?

A Happy New Year to you all, then, and hopefully you'll see much more of me online in 2023!

A Merry Christmas to all my readers... 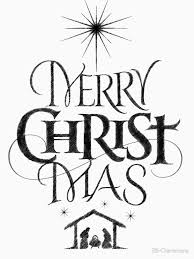 ...if there's any of you still out there!
Hopefully Santa (secret or otherwise) brought you some good things - I am the lucky recipient of a couple of American Battlefield Trust ACW map books, and an airbrush spray booth.
Christmas got a little dented by another bout of something that was almost-COVID (Anne's still coughing two weeks later), but on the whole, I'm happy to be alive and healthy, not to mention in a new job.
Enjoy the rest of your day, folks - I intend to spend mine with a bottle of Papworth Brewery's finest, and a the aforementioned books.
Posted by Mike Whitaker at 17:36 5 comments:

Labels: remembrance
As a change from the usual poem, I fell down a YouTube rabbit hole not so long and found this.
Posted by Mike Whitaker at 11:00 1 comment:

So, after a couple of evenings of largely Myk and Andy poring over maps, aerial photos and our boards, we've reached a major decision over the Chef-du-Pont game we're building for Posh Lard.

Myk and I tried out the board layout on Monday at club, and by the time we'd placed the models for the Mont Blanc creamery, it was clear it was all looking a bit cramped. There's about 1500m between the creamery and the Château Isle Marie, and that's essentially 5m in IABSM's ground scale (as close to 6mm scale as makes no nevermind). The best we can do for a sensible table is for that distance to be about 2m, so with 15mm scale buildings that's going to be very very cramped, and a lot of the very recognisable buildings (the Château, the Co-operative and Mont-Blanc creameries, the bridge over the Merderet and some of the groups of buildings on what's now the Rue du Capitaine Rex Coombs) are going to lose their 'look'.

Big breath. Quick look at Baccus' and Heroics and Ros' WW2 prices. Y'know what? Time to switch to 6mm.

Myk and Andy spent yesterday evening plotting roads on our 5 2' x 4' boards (we planned for a sixth, but it turns out to be all flooded, so better left out for easier access. I, meanwhile, actually managed to clear enough workbench space that I can set up the 3D printer and Proxxon hot wire table!

Except more WIP pictures over the next three and a bit months.

The venue has changed from previous years to the George Alcock Centre, Whittlesey Rd, Stanground, Peterborough PE2 8QS, handily available just off the parkway to the SE of town. There will be food and a bar available on site.

The games available are still under discussion, but will include for definite:

We're aiming to make a food menu available to attendees for lunch, which you will be able to order from when you arrive, and also place an advance order for breakfast (likely sausage or bacon rolls). Watch this space (again) for details.

Anyone else interested in bringing anything else, please drop us a note at lard@peterborough-wargames-club.org.uk (please be aware, though, that until we have a confirmed idea of numbers, there will be a limit on the number of games we can immediately accept).

Posted by Mike Whitaker at 20:39 No comments:

We regret to announce that Hereward Wargames Show will not be going ahead this year. While we are reasonably confident that the current state of the COVID pandemic would allow the show to go ahead as an in-person event, it would have required us to commit to a firm booking with our venue this month. As a club, we’ve all suffered from the stress of the pandemic, keeping things going online via forums and Zoom and, as a committee, essentially restarting the club as an in-person concern pretty much from scratch last autumn. To be honest, all of us are all somewhat burned out from the past two years and the effects of COVID etc. People’s personal well-being has to come first.

The Club's attendance is, though, happily growing at a surprising rate since the beginning of 2022 with new and enthusiastic members. We are very optimistic that by later in this year we will have enough willing volunteers (once we’ve brainwashed the newcomers!) and less frazzled committee members (once they have had time to rest and recuperate) to be able to announce Hereward back with a bang in 2023, better and even more fun after a clean break, at our usual venue on Sunday 3rd September 2023 (the date’s provisionally in their diary already!)

Again, our apologies for disappointing people. It’s been a very difficult decision - we know our traders and clubs have really enjoyed the show in the past, and indeed we had already begun receiving queries for this year’s show. We are very grateful for everyone’s support at past Herewards, and we look forward to being able to bring back a show next year.

Due to Google’s spam detection’s complete inability to rid this blog of persistent spam from essentially multiple accounts spamming the exact same site, even when I report it, I have turned comment moderation on for all comments.