Alien Dungeon/All Quiet On The Martian Front goes under

"We regret to announce that effective January 27th, 2016, Robot Peanut Studios, LLC, and its associated brands, Architects of War and Alien Dungeon have permanently closed their doors.
[…]
"This will be our last communication. Customer service inquiries will not be answered and there will be no additional communication on Kickstarter. We do not know what the final disposition of All Quiet and or other product brands will be at this time. We have to forfeit our participation in such matters to the court.”

This I think comes as no surprise.

Blaine Pardoe (there's a name to scare hardened BattleTech players with!) has some interesting comments, written before this announcement.
Posted by Mike Whitaker at 16:05 5 comments:

Labels: club, hereward wargames, show
Just a heads up that trade and game bookings are now up for this year's Hereward Wargames show. For those who missed earlier updates, this is Peterborough Wargames Club's annual show at the Cresset - this year it's on Sunday 4th September.

The signup form and email are on the site att http://www.hereward-wargames.co.uk/
Posted by Mike Whitaker at 13:28 No comments: 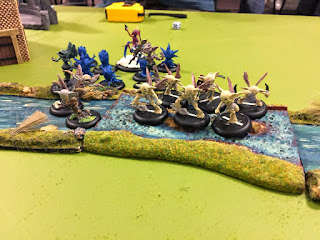 The guys from Tor Gaming (responsible for the 'stitch punk' world of Relics) have just posted a survey that I'd encourage you to take. The initial questions are slanted a bit towards their product (fair's fair!) but I for one will be very intrigued to see the answers to some of the later ones.

Even if they did forget 20mm as a figure scale :D

The survey is here.
Posted by Mike Whitaker at 13:50 No comments:

Labels: administrivia, kate
If you look over to the right....

I will do something to celebrate, but it may have to wait a while. 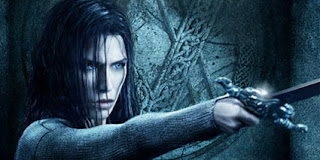 Labels: end of year report, thoughts
And a Happy New Year to all my readers!

Normally, I get this post in on the 30th, but life has been.. well, life, so I'm not going to paste in all of last years plans so we can see how well I did (haha) - you can check back if you want.

Achievements? Well - I ran a wargames show, and it was, if modesty permits, Pretty Damn Good. For those who haven't seen the memo - next year's - oop, THIS year's, is on September 4th. I also kept my pledge to buy no new periods/armies well into the year, until the Mantic KoW2 Kickstarter caught me (they NEVER bring a card reader to shows, so basically it was a great chance to get an elf army cheap, AND there is the argument that I already had 20 elves from a Xmas Chaos box a couple of years ago!). And we DID manage the club game for Salute - the fabulous Dambusters Challenge.

Other than that, I've had an eye inflammation since April (sheesh) which has rather put the kibosh on a lot of painting plans - it IS improving after minor eyelid surgery, so hopefully 2016 will see some stuff painted - watch this space.
Posted by Mike Whitaker at 00:15 5 comments: