Labels: model railways, thoughts
(Yes, there will be a "The Other Partizan" writeup, just not today!)

After our visit to the Hamburg model railway exhibition, James has been reminding me that there's the ingredients for a model railway layout still sitting disassembled in my workshop, and I've got to thinking (as well as catching up on my reading of Model Rail magazine, to which I subscribe). As you well know, me thinking can be dangerous...

Considering how similar the two hobbies are, it's quite amazing how they differ.

First up, the utterly gorgeous Age of Heroes 28mm Romano-British. If you want some variety in your Dux Brit army, check these out (Early Saxons also available!) 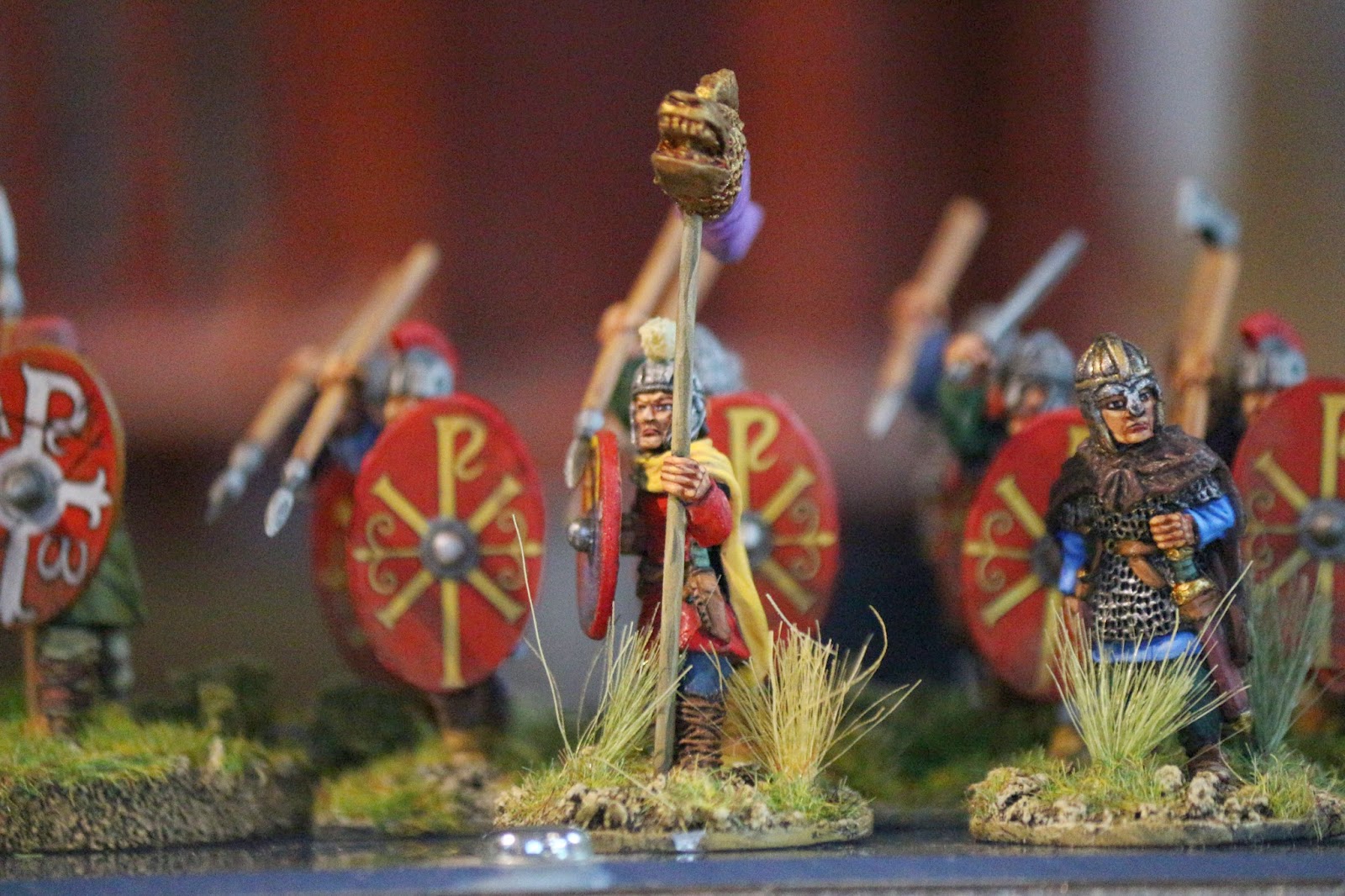 Secondly, from IIRC Dave Thomas' stall - it's nice to see I'm not the only one whose German spelling can be suspect! 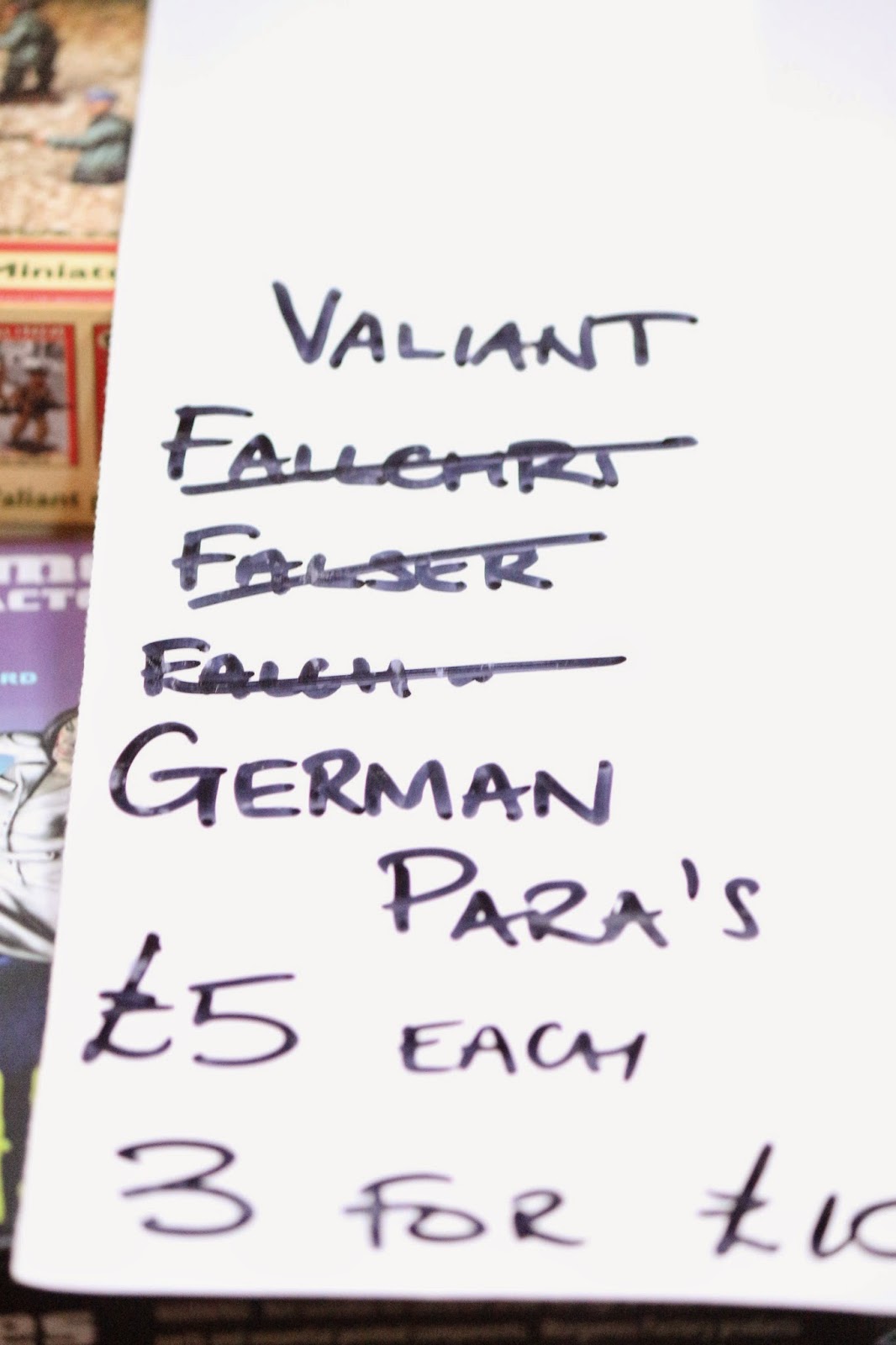 Peterborough Wargames Club at The Other Partizan

Labels: club, home guard, show
For those who failed to find us at Salute, we'll be at the Other Partizan this Sunday with the only mildly insane (by our standards) Dead's Army.

As Neil Shuck commented, "what isn't improved with the addition of Zombies?!"
Posted by Mike Whitaker at 23:14 No comments:

Not at all wargames-related, but... we said goodbye to one of our cats today. 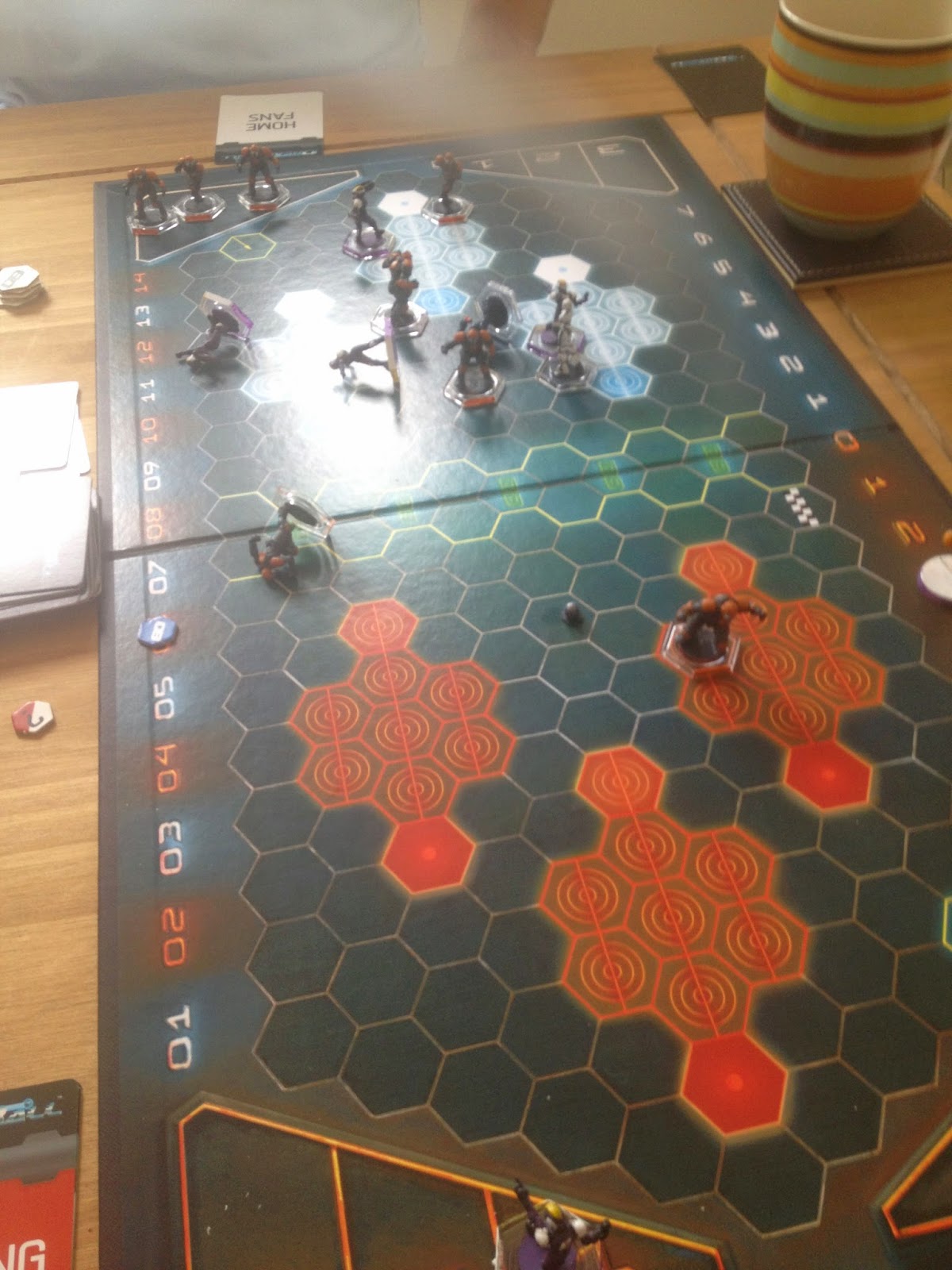 Due to the insanity that was August, I missed my scheduled club tournament game, so I managed to squeeze it in on Sunday with a drive across town to visit Jonathan for a game against his Corporation team... Given last time out I got completely pounded by Dale's Teratons, knocking me down to 6 players, I wasn't expecting to win...

So, as ever, over to the dynamic duo:


"Hey, folks. Jason Barker here for Bifrost Tri-Vid. You join us at the Argola Thunderbirds stadium for this re-re-re-scheduled game between the 'Birds and the Valkyries. Weather on Asgard's ice-ball of a world has been even worse than usual, and Digby's agreed to allow a move of the game to Argola, after three postponements due to the snow on the Valkyries' pitch being up over the first dozen rows of seats. We're about four rushes in, and the girls are four up due to a laser strike from Ola Gunnarsen, despite being completely flattened by a Teraton in her previous match. Crowd went absolutely crazy for that strike. Whaddya reckon, big guy, and why the long face?"

"Vish not make Broadcaster of Year final poll. Results out, Vish not in."

"Vish not sure that work. 'Sides, they off form today. Last routine scrappy.... Anyway. Vish think Valkyries lucky to be ahead. Already two players down, and Gunnarsen looking shaky."

"Right there, Vish. Here comes one of the Thunderbird strikers, on a long run for the loose ball on halfway.... no. Down he goes, and the ball scatters into the Asgard half. All the Valkyries are deep in the 'Birds half except for striker Freya Sigurdsdottir, who's scrambled to her feet after being on the receiving end of a crunching slam, and now hares back for it, scoops it up as she turns: a dash across halfway and she threads a precision-guided rocket of a pass through between one of the Argola jacks and the ref bot..." 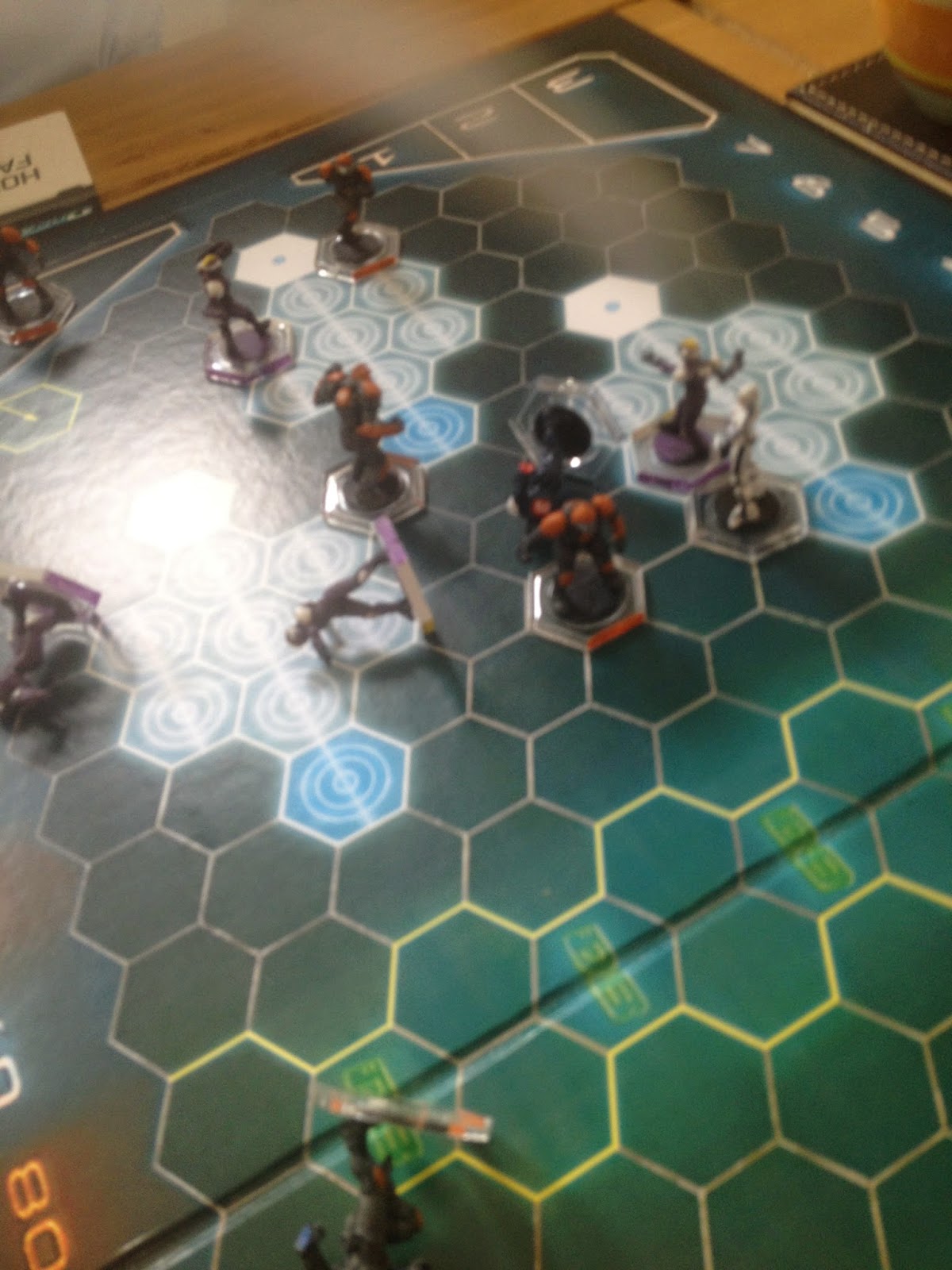 "Valkyries not got a lot of choice here. Down to four, with Anderson and Sigurdsen off pitch. Only other striker is Gunnarson. Juggled catch at... oof. Third try. She really not right yet..."

"That medical procedure hasn't done her any good, and that throw nearly knocked her off her feet. Her ability's definitely dropped. Caught it though... turns, almost slips, into the three point zone. Arm back, throws..."

"Heh. Dying quail of a throw without much power behind it. Possibly the limpest score ever, but in the context of the game and the state of the Valkyries' team, that's a Strike of the Season contender, along with her earlier one. Still nothing the 'Birds can do, though... that's still a three pointer for a whitewash... very very much against the odds. I'm starting to wonder how many of the Sigurdsen sisters are left, as this game seems to have claimed another one."

"Not half. Gunnarson gets completely ignored in favour of Valkyrie pinup Katya Svensson, for one lame block on a 'Birds guard. Pathetic."

That wasn't what I expected. I had to blow a cheap raise on Ola after her mauling at the ... claws of Dale's Teratons, and, typical for my luck that time out, got -1 skill, so she's making tests on a 5+, not a 4+. Add to that that I lost a jack (dead) and a striker (out for three rushes) in the first rush, the team had no replacements (I started with six players and NO reserves), and I really wasn't expecting much.

This was basically one of those games where, even more than usual, I had to win early, before I ran out of coaching dice and players. In Jonathan's defence, he was unlucky more than once - pushing a sprint to grab the ball and falling on it, causing it to scatter and end his turn. I found having an offensive coach really useful - strikers on whom you can play three actions can be very very lethal, especially when you have four coaching dice. Getting one of the dice back on the first four-pointer didn't hurt, either.

Kudos to Jonathon for a great game - he's a fun opponent.
Posted by Mike Whitaker at 09:14 No comments: