Planning and Chain of Command 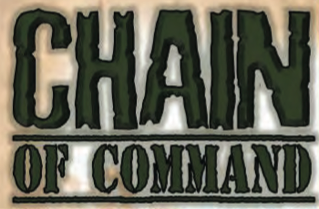 I have jokingly suggested in the past that Chain of Command actually does have 'points', but that in fact it's more akin to playing WAB with a 2500 point list of which 2000 is pre-ordained and 500 you get to pick after you've seen the scenario. This is actually quite key to pre-battle planning in CoC.

Appendix B ("National Army Lists") says in its first sentence:


"Selecting your support options is probably best done once you have determined which scenario you will be playing and have seen the table you will be fighting over."

In essence: you are a platoon commander. You have a platoon, of known composition. Once word comes down from on high (with map references etc) that your next action will be at such and such a place with the following objectives, you get to ask for some supports, with knowledge of the terrain and objectives you have, and your plan, just like your real-life counterpart would. (And if you're playing the campaign game from At The Sharp End, your CO gets to tell you to take a hike if he doesn't like you, too!)

I think some folks may have missed that first sentence in Appendix B: it's VERY important to a realistic game. As is the fact that you're not obliged to tell your opponent what you've chosen, above and beyond that he's facing a unit of whichever list you're playing of platoon strength with some supports. (And he'll know roughly what your support value is, although again if you're playing with At The Sharp End, and you trust each other, I'd suggest he doesn't get to see your modifiers on that.)


Speaking of things that people (*cough*) missed, for those of you with the At The Sharp End PDF, there's a 'see page xxxx' reference on the third paragraph on page 20. 'xxxx' should be '36', or you can download a fresh page 20 to print out from the TFL Yahoo! Group files section. (If you're not a member or are having trouble, drop me a note and I can wing you one.)
Posted by Mike Whitaker at 15:59