Labels: battle report, club, ECW, pikeman's lament
A huge and somewhat epic scenario run by Grahame, which saw the Royalists attempt to defend Bridlington from a Parliament landing force, while simultaneously attempting to spirit Queen Henrietta and a whole bunch of wagons of ammunition off to York.

I had the dubious pleasure along with Tom of attempting to defend Bridlington: suffice it to say we were somewhat overwhelmed by boatloads (in the literal and figurative senses) of Roundheads, but we did hold them up but enough that Shawn and the ammunition train managed to get away.

Pictures without captions unfortunately, as I’m stuck on the iPad and it doesn’t seem to handle lots of pictures in the blogspot editor very well.   Also, apologies this is a day late, but I had to get up at stupid o’clock this morning to get into London.  Drop back in a couple of days and I may caption them  :) 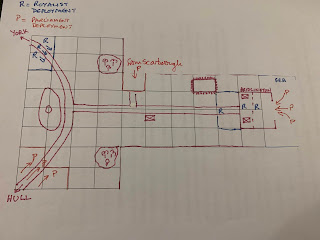 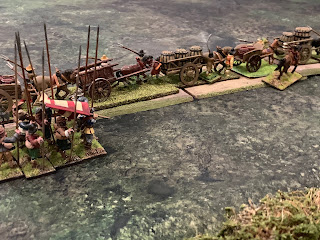 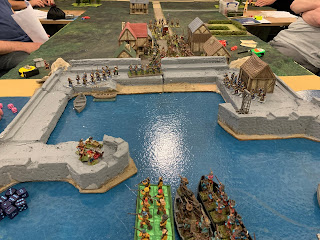 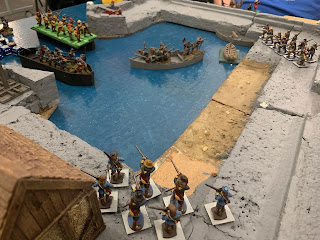 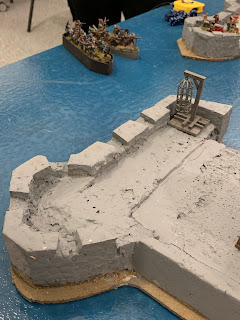 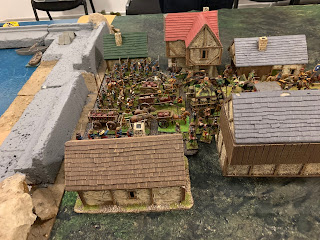 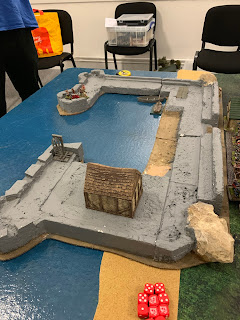 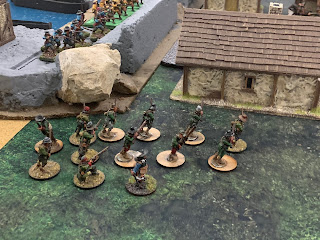 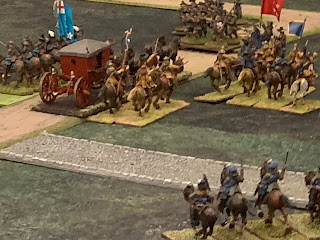 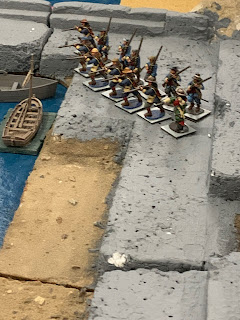