Labels: remembrance
Profoundly moved (especially in the wake of yesterday's events in Canada) by the Royal British Legion's sunrise to sunset vigil at the Cenotaph today.

See Twitter hashtag #TheWatch for a timeline of the people standing watch, one at each corner, inspired by the images of the repatriation of the Unknown Warrior in 1920 where Guards of the Watch kept a vigil by the coffin as a mark of respect. Watchers include members of the public, past and present members of the Armed Forces and people who've received help from the Legion. 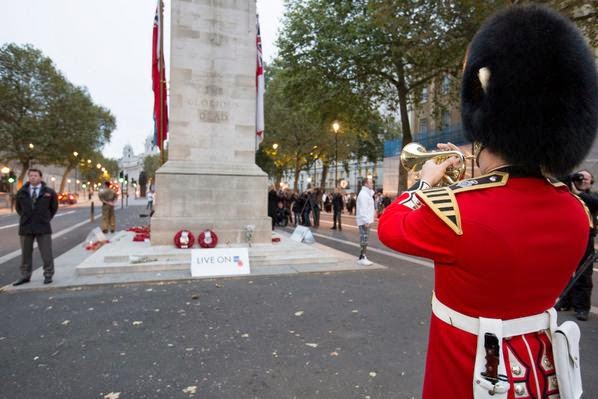