Labels: 1815 campaign, battle report, black powder, club, napoleonics
"Battle" might be a bit generous, as this was a somewhat onesided encounter in our 100 days campaign at Quatre Bras between a couple of French Divisions and a considerably smaller force of Nassauers. 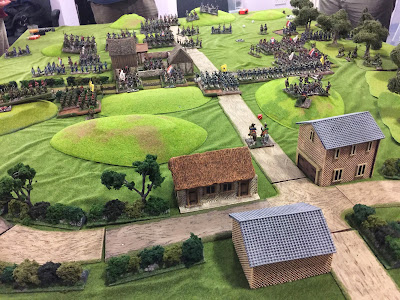 Yes. This was as one-sided as it looks, even given the late arrival of the Prince of Orange and another group of Dutch-Belgians.

Hopefully, things will go better next month :D
Posted by Mike Whitaker at 20:53