Labels: terrain, to britain's shores
I'm slowly getting my ducks in a row here. A box of 50mm x 600mm x 600mm blue craftfoam is sitting in my workshop, as are a few more extra bits of scenic supplies (Tamiya light sand texture paint, Javis simulated water, some more flock and a resupply on my favourite Javis summer static grass). As I mentioned in the previous post, the plan is to build some 2' x 2' terrain tiles for starters, so still to come (and probably arriving next week after my first round of eBay auctions close), are some 600mm squares of hardboard (courtesy of Tim, my tame builder and fellow musician) for protecting the bottom of the tiles, a Hot Wire Foam Factory 4" knife (and possibly the sculpting tool as well) and some more Javis scenic stuff.

The short term plan (before I run out of foam and have to order more) is to build a set of tiles for the Dux Britanniarum scenario from the 2012 Summer Special, something like this: 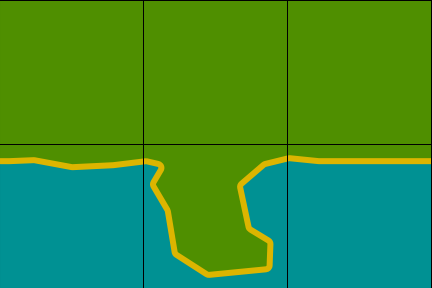 For those of you who didn't see Sidney Roundwood's recent article on "Wargaming, Theme and Physical Terrain" (if not, why not! Follow this man NOW!), I'm drawing on some real-world countryside near where I grew up, and (not so coincidentally) on the banks of the Humber, which is the general area at the north end of Andy and my Dux Britanniarum campaign - in fact, Wulfhere the Red's steading is probably 10 miles at most west of where my parents still live (and maybe 6 or 7 west of the first picture below). For all that 'sea' is blue on the diagram, it's much more likely to be a muddy brown, with mudflats at least partway out.

One of the two plain 'shore' boards will have some red-clay cliffs, like Ferriby/Melton foreshore. I grew up playing around very similar clay 'cliffs' to these a bit further east (just the far side of the Long Plantation, in fact), but they've been shored up with a sloping boulder wall now. They were actually a little lower than the ones below, about twice me-as-a-12-year-old's head height for the most part, which isn't far off 50mm to scale.
There are some more pictures on geolocation.ws which show it off.


The other is going to have a gentle slope down to the water, much like Barrow Haven on the south bank.

In both cases, the beach, such as it is, is wet muddy sand and pebbles smoothed and thrown up by the tide. (This shot is taken from the opposite side of the Long Plantation (which you can see in the distance, upper right) to the first one, and you can see the new-since-I-was-a-kid boulder seawall. It's also worth noting that the shore in Saxon times was heavily forested.)

For the tile with the promontory (which the scenario calls for a watchtower to be on top of) I'm going to cheat just a little, geologically. The area through Ferriby is part of the Yorkshire/Lincolnshire Wolds, which is a massive chalk escarpment which is largely eroded through by the Humber. The OTHER end of the Wolds fetches up on the east coast, at Flamborough Head, which is a natural chalk promontory.

The above is part of Flamborough Head (Selwick's Bay, in fact) which, as I think you'll agree, is not far off perfect.