Labels: battle report, campaigns, club, ECW, Pike and Shotte
It being a Bank Holiday Sunday, our club had an all-day gaming session. Four of us (your scribe, Carl, Gary and Andy) got together to fight a large ECW battle (a reenactment of the battle of Newbury), arranged by Carl and (barring about two units) using Gary's positively massive collection of 28mm ECW figures.

It was actually my (and Andy's) first game of Pike and Shotte, though we've both played one of more of its relations before. Carl and I took the Royalist forces, tasked with preventing Essex's forces from crossing the river at Newbury (in our right hand corner of the 12'x6' board).

The Royalist forces lined up with 6 battalia - three (a total of ten regiments) of cavalry under Rupert, and three of foot (three or four regiments each) under the King: something of the order of 500 figures, by my reckoning, and a similar size force on Parliament's side.

In short? The Royalist cavalry on the left flank (commanded by me, clearly not on form) were rash and foolish, and paid the price. In the fields in the centre and right it started to look like the Somme, with two long lines of infantry manning the hedges, and blazing away at each other from fairly close range. Eventually, the Royalist horse were driven from the field, and so much like in its real counterpart, Essex would have been able to break through to Newbury and thence to London. (Although, to be fair, we did capture Essex, which might well make the next stage of the campaign a bit more interesting.)

Without further ado... here are some pictures of about 1000 28mm figures to drool over. Huge thanks to Carl and Gary for providing the scenario and figures, and Andy for being, as ever, a fun opponent. 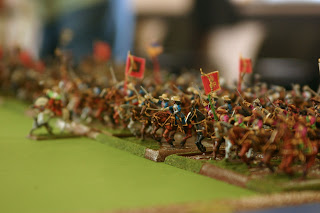 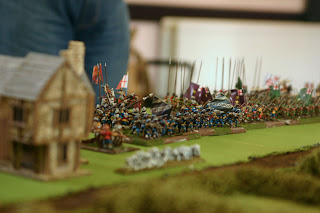 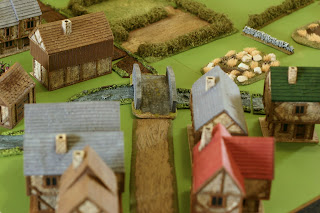 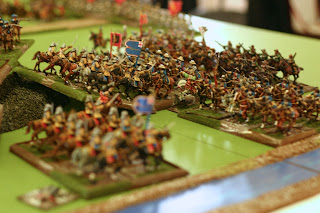 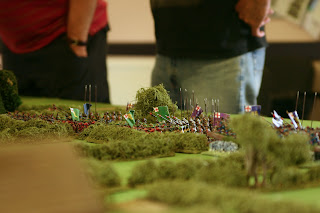 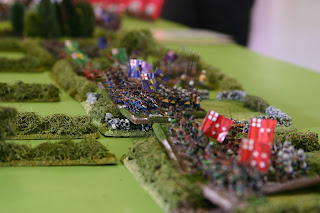 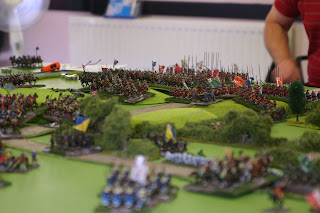 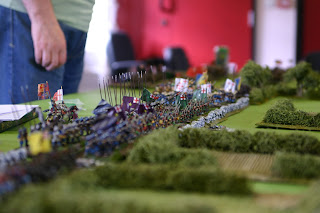 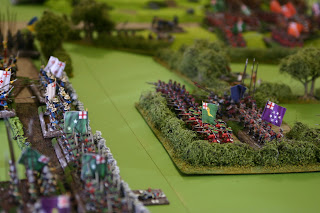