"Sunday, 24, to Huntingdon. In this march, before wee came to Stilton, wee mett with a body of horse lately raysed out of Suffolk and Essex, about 400, commanded by Colonel .....Leiftenant-Colonel Lehunt, Major ....., Scotus, and Captain Loe. The Major and about 100 were taken that night. Gosnal, Minor, Wroth, Sym. et al' ceperunt..." 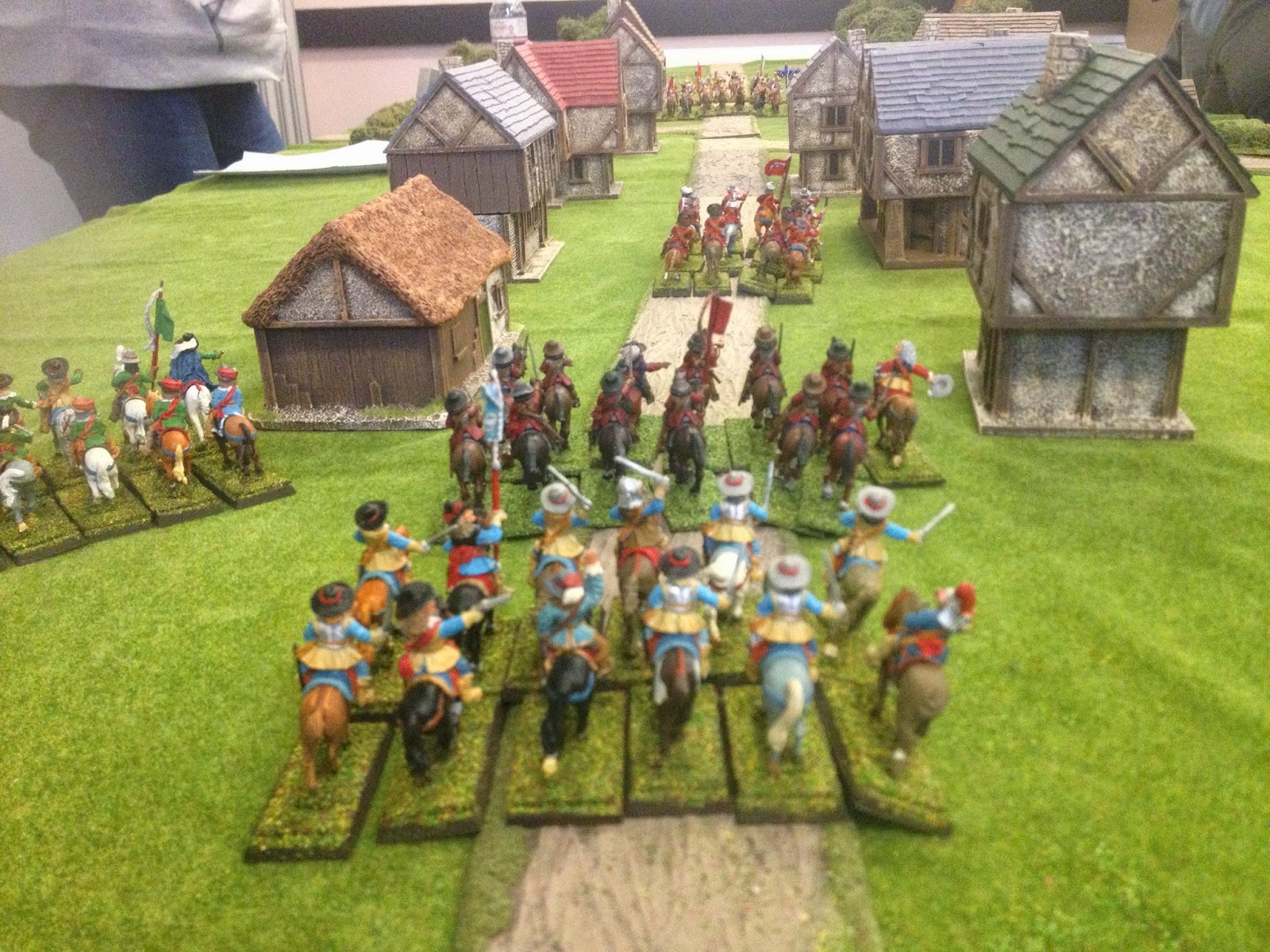 Monday night saw us do a run through of our ECW game for the Peterborough Heritage Festival - a nice little recreation of what was little more than a skirmish around the village of Stilton (of cheese fame) just south of Peterborough. A clutch of Royalist horse ran into some more numerous but more inexperienced Roundheads, and there was something of a running battle down the main street.

Grahame umpired, with a light and informal hand that worked really well, and Ash, Chris and I took the King's men against AndyH, Carl and Pippa. 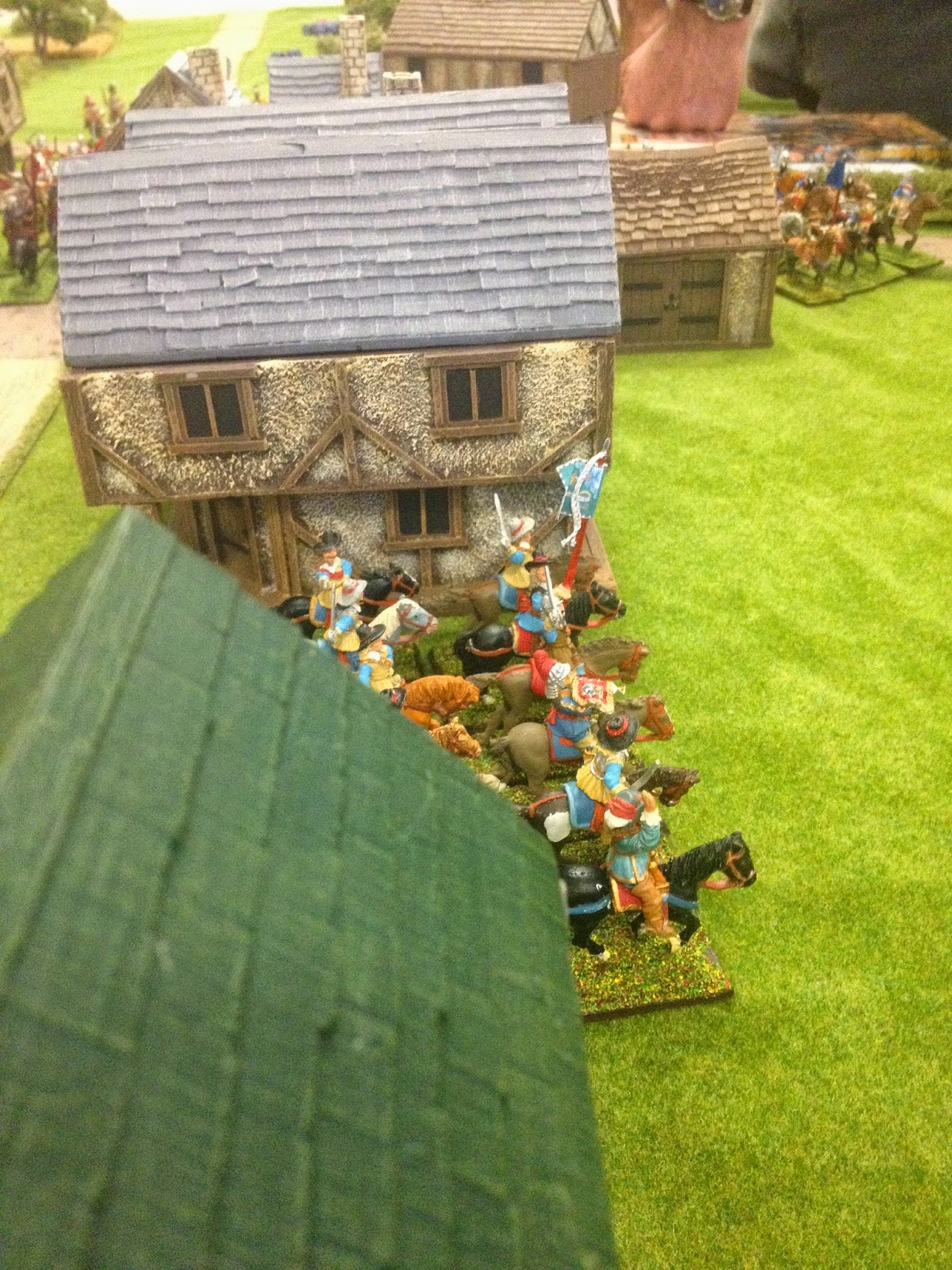 By all accounts it went pretty much according to history. Chris' dragoons raced up the main street to find a good vantage point in a building near the Blue Bell Inn, while two units of horse followed them and a third took a detour through the back gardens of Stilton.

The first clash was outside the Blue Bell, my Cavaliers being driven off by some remarkably doughty raw Roundheads, eventually reining in halfway down the High Street and turning back to face. By then, the Parliament unit had collected two rounds of shot from the dragoons, and the second unit of the King's horse had ducked out between two of the buildings to confront a second bunch of Parliament's men, which they successfully drove off.

Round the back on the left of the High Street, Ash engaged another group of Parliament's so-called finest, and succeeded in driving them off and pursuing them a goodly part of the way to Huntingdon. On the other flank, the followup skirmish went the way of Parliament after several rounds of combat, causing one unit of Royalist gallopers to flee into the Fens.

There was then a sort of general pause for all parties to catch their breath and reload pistols, before combat was rejoined between the remaining forces. After several rounds, it pretty much went the way of the Royalist, the remaining Roundheads fleeing the field as the sight of a cloud of dust on the road down from Peterborough heralded the arrival of the King's main force.

Great fun - a nice, light game after the fierce concentration I needed for the weekend!

Thanks to Grahame for running it.
Posted by Mike Whitaker at 12:29