Some of you may have noticed the banner the club had up at Salute. Sadly, I don't think I managed to get a pic of it in action, but here's a very very downsized version of the original art. I got it done by eBay user sign.print.lab, who managed to go from printer-ready art to banner in my hands from UKMail inside 24 hours, which was stunningly impressive, and only £40 including p&p.

The gotcha - they want printer-ready 300dpi art, so something knocked together in Word or Paint won't cut the mustard.... 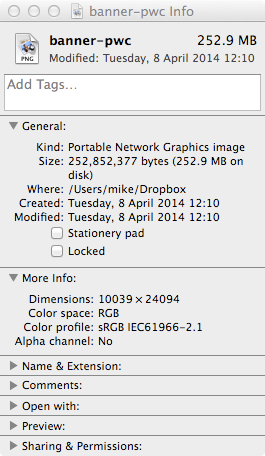 What I did discover while doing this is that I probably need a new digital camera if I'm going to make a habit of this. My ageing Canon EOS 300D only has 6MP resolution, which translates to 3000x2000 pixels, or roughly 10" x 7" at 300dpi. (Hence the montage of pictures rather than one big one!)

While my really 'arty' and dramatic figure shots tend to be taken on the Canon (because I can do depth of field tricks etc), my iPhone 4S squeaks in at 8MP, which is marginally better. I have designs on an EOS 100D, as that nets me 18MP (and also HD video, which would be handy for several things!).