The end of one series, the beginning of another 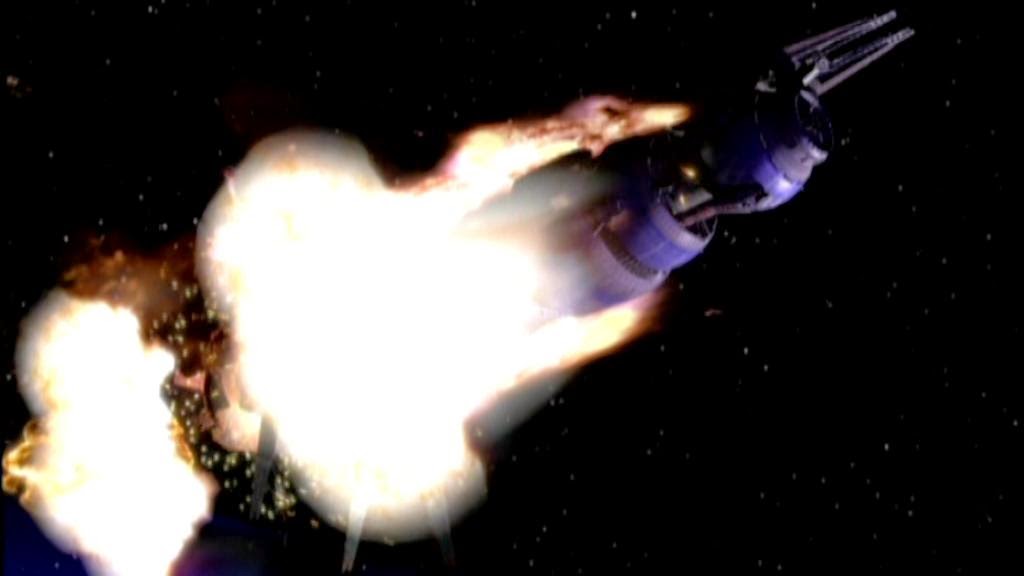 We finally closed the book (metaphorically speaking) on the Babylon 5 TV series tonight - about 5 minutes ago in fact - with the final episode of season 5, 'Sleeping In Light'. (For those who don't know or remember, it was actually filmed as season 4's finale, as at the time it wasn't clear whether there'd be a season 5 - which is why it alone of season 5 has Claudia Christian as Susan Ivanova in it.). I vividly remember watching it with friends when Channel 4 first aired it.

It's still a superb and fitting finale to one of the two best TV SciFi series ever, right down to that final cameo appearance (and Chris Franke's superb score over the final credits).

And from there, we move on to the other of the two (as well as the Babylon 5 TV movies, and Crusade next time it gets repeated, of course).

I adore this show: it's vastly different from Babylon 5 in some ways, although like Babylon 5 it sports some of the great classic TV quotes, and of course it suffers from that remarkably irritating fact that Fox, damn them, killed it after 13 episodes. So we'll never know... perhaps some of its brilliance lies in the fact it didn't have time to stagnate. It also spawned a movie (Serenity), several excellent comics and a board game...

One of the reasons for watching it next is that we can't play the board game, which I've had since Xmas, until we do. Not because the game doesn't make sense without the series, but the game spoilers the series, and we'd like to play it with James.