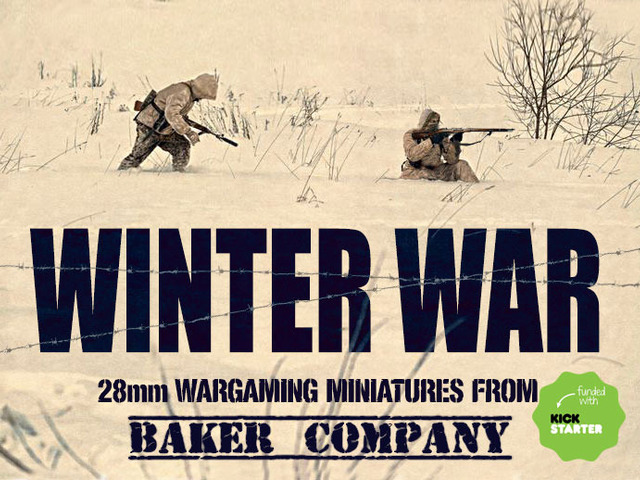 OK - I kind of was going to shut up about Chain of Command for a bit, honest. But this is too good not to promote:

Baker Company (aka Gavin Tyler) are running a Kickstarter for some rather nice looking 28mm Winter War miniatures, both Finnish and early war Russian. Obviously, just as cool for Bolt Action as CoC :D

While it's not my period, and I probably have enough WW2 armies now, I'm at the least adding myself to the backer count and publicising it, because this one deserves to succeed.
Posted by Mike Whitaker at 14:17