It was 70 years ago today 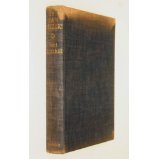 At 2100 on the 16th of May 1943, the first of 133 brave men took off for the Dams raid, Operation Chastise, in nineteen specially modified Avro Lancasters. Only eleven of the aircraft returned home, and fifty-three brave, and in many cases all too young, men gave their lives.

The Dambusters raid has alwas been somewhat iconic for me. Paul Brickhill's "Dam Busters"

was the first book my late maternal grandfather ever gave me - a battered, first edition copy with the narrative still gripping, but bruised under the red pen of the Official Secrets Act. I still have that faded copy somewhere. Strangely, I'd never realised till, would you believe, yesterday, when searching the text for it on Google Books, that Brickhill published a second edition. after the security restrictions had been lifted, which shows he actually knew a lot more about (for example) how the Upkeep mine worked than he was allowed to let on.

I loved that book. Like many others I read around that time, I can still remember sections of it verbatim. It's very much of its time - obviously it lacks some information that's come to light

since (such as where certain planes actually crashed), it fails to mention several of the survivors of crashes, and so on. Were it written now (like, for example, James Holland's recent book

) it would spend more time trying to get into the heads of its major protagonists for dramatic effect, but it's a testament to Brickhill's book and, one would hope, research that (for example) the words he attributes to a number of people are still those put in their mouths in other retellings.

It also taught me to swear :D

I've always loved that book, and the tale of heroism it recounts. It was the inspiration for Lord alone knows how many Lego Lancasters, and the original Airfix one was probably the first kit I ever built, again with help from my grandfather. He was a complex man: unlike my father's father (who instilled in me a love of cricket and heraldry), he was much more into military history and engineering. During the war, and for a long time after, he was a Civil Service engineer, and (ultimately) recipient of the Imperial Service Order (for 25 years of 'long and meritorious service'). I don't know exactly what he did, but family stories suggest that whatever it was was at a fairly high security classification, and he never told.

There have, unsurprisingly, been many excellent books written about the raid, and I do have a tendency to snap them up when I see them.

, which has been through several editions and a tie in with a fascinating Channel 4 programme - it's very thoroughly researched, and certainly opened my eyes to things I wasn't aware of from Brickhill's book or Gibson's "Enemy Coast Ahead"

. The latter, understandably, suffers even more from the censor's pen, given he wrote it during the war (although the link is to an 'uncensored' edition I may clearly have to buy!

Brickhill's, for all its flaws, is still the one I love most though.

Do watch the tribute and the documentaries on BBC1, and follow the twitter stream from @RoyalAirForceUK. (Also check out the next post to this for some more recommendations.)

Today, specifically, those who lost their lives on the raid, and the 1600 civilian victims (2/3 of whom were forced labourers) killed by the destruction of the Möhne and the Eder dams, but never forgetting the 55,000 young men of Bomber Command who gave their lives during the war.