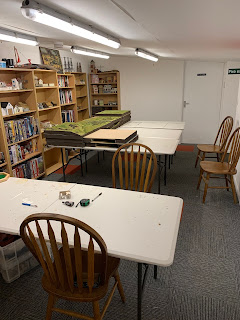 There's a fair bit of tidying up to do after Omaha, and it's taken me a good hour to get all the figures and bits in the right boxes... Apart from anything else, I have a barrow and a hill to finish for Steel Lard for the weekend, and I need the workspace, so the tiles will have to get tidied away before tomorrow evening.

Should I be worried that while I was clearing up I had at least three thoughts for things that need doing before I next run Bloody Omaha? Since you ask: