Labels: battle report, club, dreadball, jason and vish
I spent most of last week trying to remember where the heck I put the Dreadball 'Extra Time' pack (cards, refbot, ball) and counters that I'd bought....

...until I remembered that it was the stuff I'd been meaning to pay Reuben for when I left the £60 at the ATM (thanks to the Coop bank for clearing that up for me)... 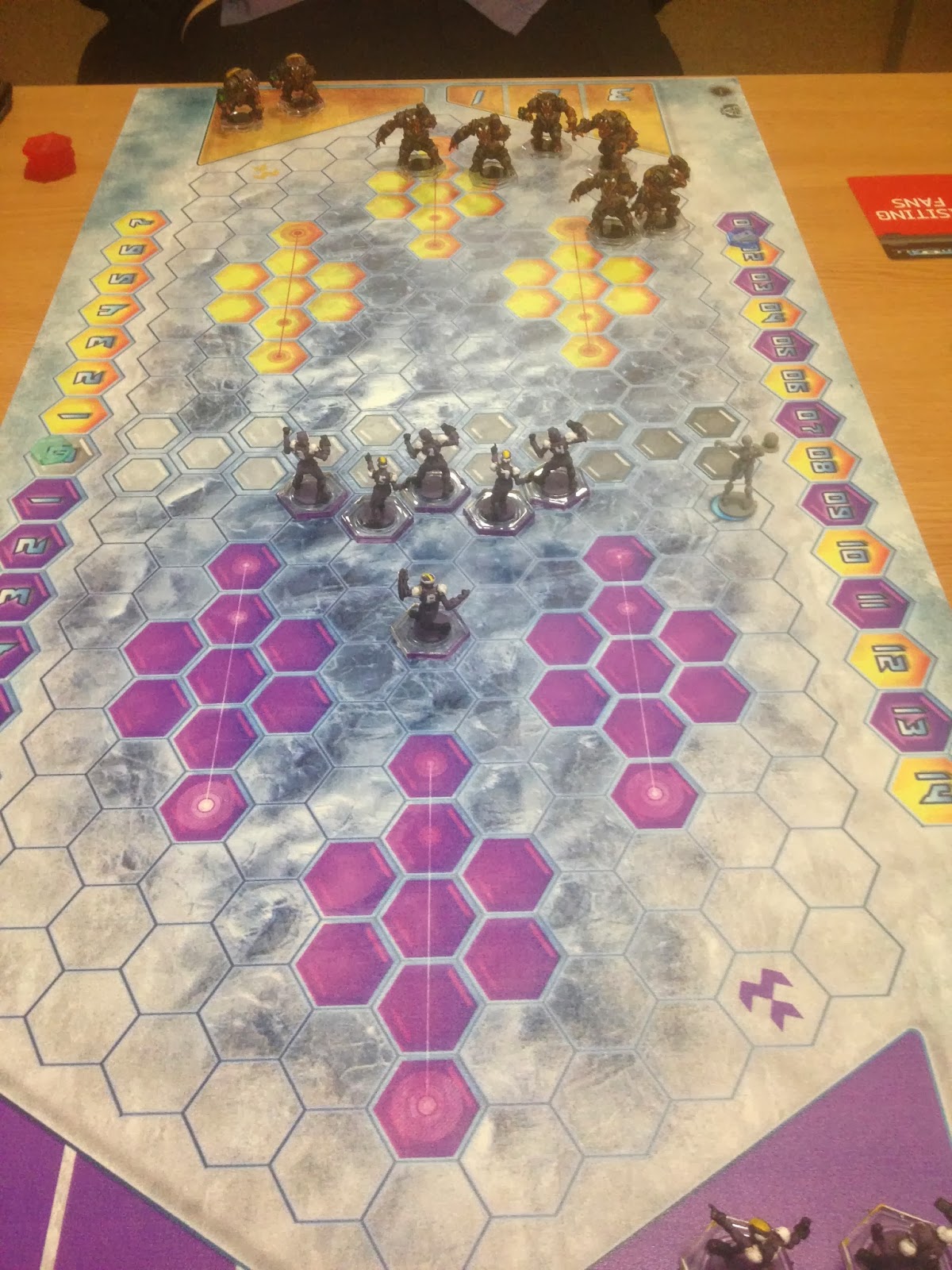 Which involved a blog search to find where I'd grumbled about that, and thus which game I'd been playing that night, and thus which Really Useful Box they were likely to have been dropped in for safe keeping. And indeed, there they were: in my trees box.

Over to Jason and Vish at the match:


"And you join us in the last rush of this exciting game from the brand-new stadium here on Valhalla: the Asgard Valkyries are three points up, with an opening score that came via a fumbled pickup by star striker Ola Gunnarson, that bounced back into her hands off the ref bot. But now there's a Teraton with the ball just off the four point spot. This could be curtains for the Valkyries..."

"Vish need to interrupt here, Jase. Not best way for Teratons to win." 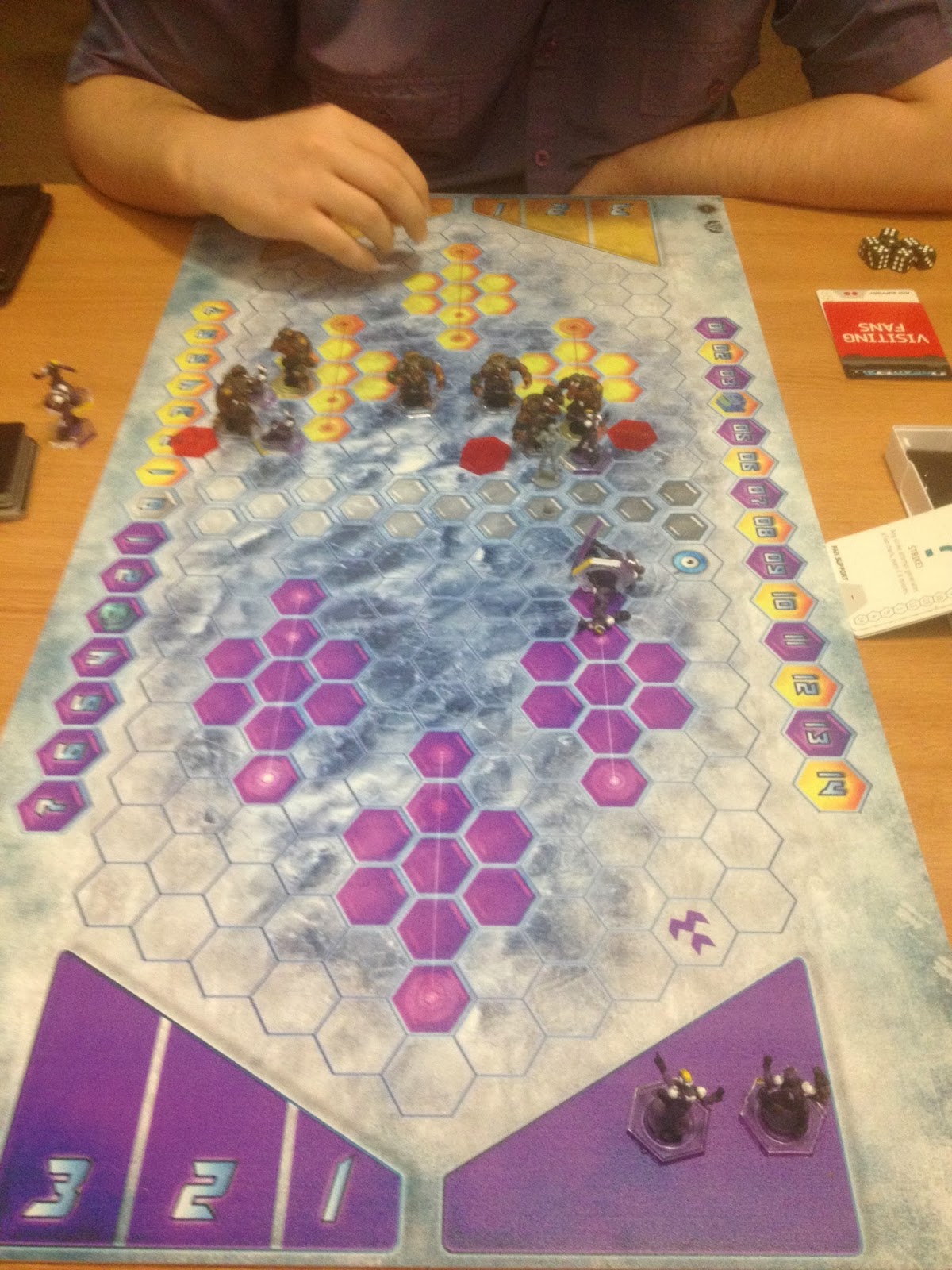 "Vish think you just watch and tell the nice people at home what's happening. Vish going to enjoy the carnage."

"Whatever you say, big guy. And... oof... That has to smart. That's Ingrid Sigurdsen, the Valkyries' last jack, carted off with what looks like a broken neck. In fact, that's their last player on the pitch. Just as Greta Fredriksson, their guard, makes it out of the treatment room onto the bench, clearly annoyed, from the trail of concussed trainers she's left in her wake."

"Vish think you should remind people of overtime rules." 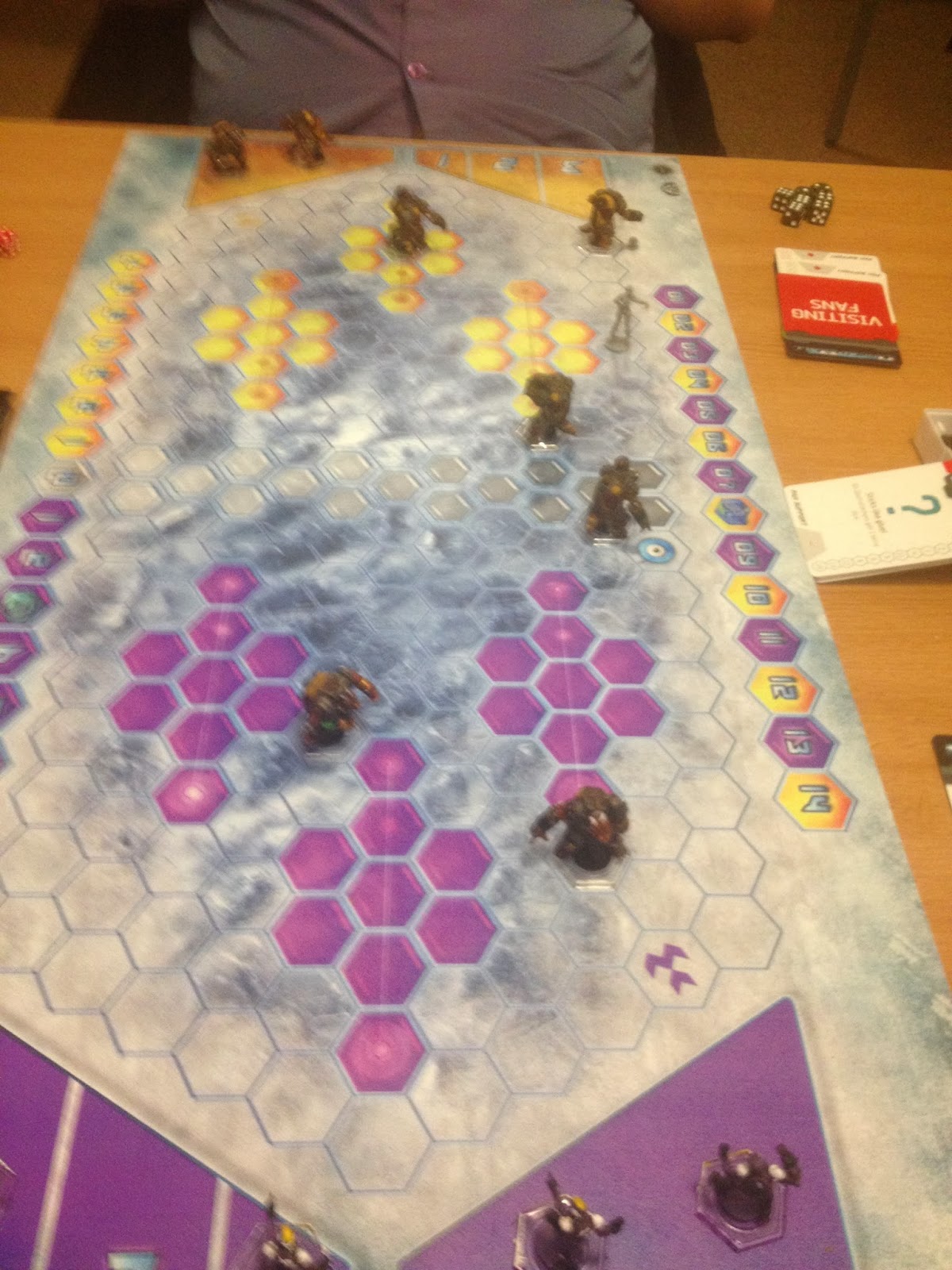 "...until either one team scores or their opponents are unable to field any players who are able to. And teams may not field any replacements.... and there goes a Teraton, standing right under the three point target. It shoots. STRIKE. And the score's back to zero, and we have overtime."

"No we don't. The Teratons WIN! Heh. Vish always wanted to get that in first."

"The... Oh... And Greta Fredriksson is attempting to pound the refbot into scrap in frustration. The Valkyries have no players on the pitch. The Teratons WIN! Even if Fredriksson was out of the treatment room in time, she's not a Striker or Jack, so she can't score anyway. Who's she think she is, Anne-Marie Helder?"


Dale and I had a second game. Same result. 0-0 in overtime, and I ran out of players :D I swear, I haven't laughed down the club so much in months.
Posted by Mike Whitaker at 10:43