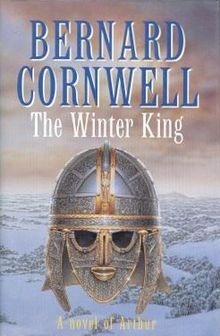 I have always felt (and I think Rich has said) that the world of Dux does fit in very well with the Bernard Cornwell "The Warlord Chronicles" series (as well as the likes of Rosemary Sutcliffe's "Sword at Sunset").

With that in mind, a couple of things:

First, fans of the Cornwell books may be interested, if they have missed it, in the announcement that Epix have bought the TV rights. The fact that this is being produced by the same team as did the BBC's recent "His Dark Materials" series gives me a certain amount of confidence in the result, as well as hope it should be better than "The Last Kingdom" adaptation.

Secondly, I've been working on the Compendium, specifically battles, some more, and added a new Cornwell-esque pre-battle option to those already available. Like all Compendium stuff, it will be optional.
Posted by Mike Whitaker at 20:01