Labels: chain of command, too fat lardies, WW2
However, on the good side, for those of you who were waiting for the Chain of Command Stalingrad scenarios - they're out. Twenty-two scenarios, seven quid, and written by the fabulous Richard (Monty), who is the official answerer of questions on TFL lists and fora when RichC is madly busy (i.e. most of the time). What's not to like, if you're into WW2 Eastern Front?

And, for entertainment, a shot of the 'office' (in dress rehearsal at the local church) for the show next week. In the unlikely event any of my readers are SF fans and going to Loncon next week, we're on at 4.30 pm on Monday 18th in Capital Room 1. 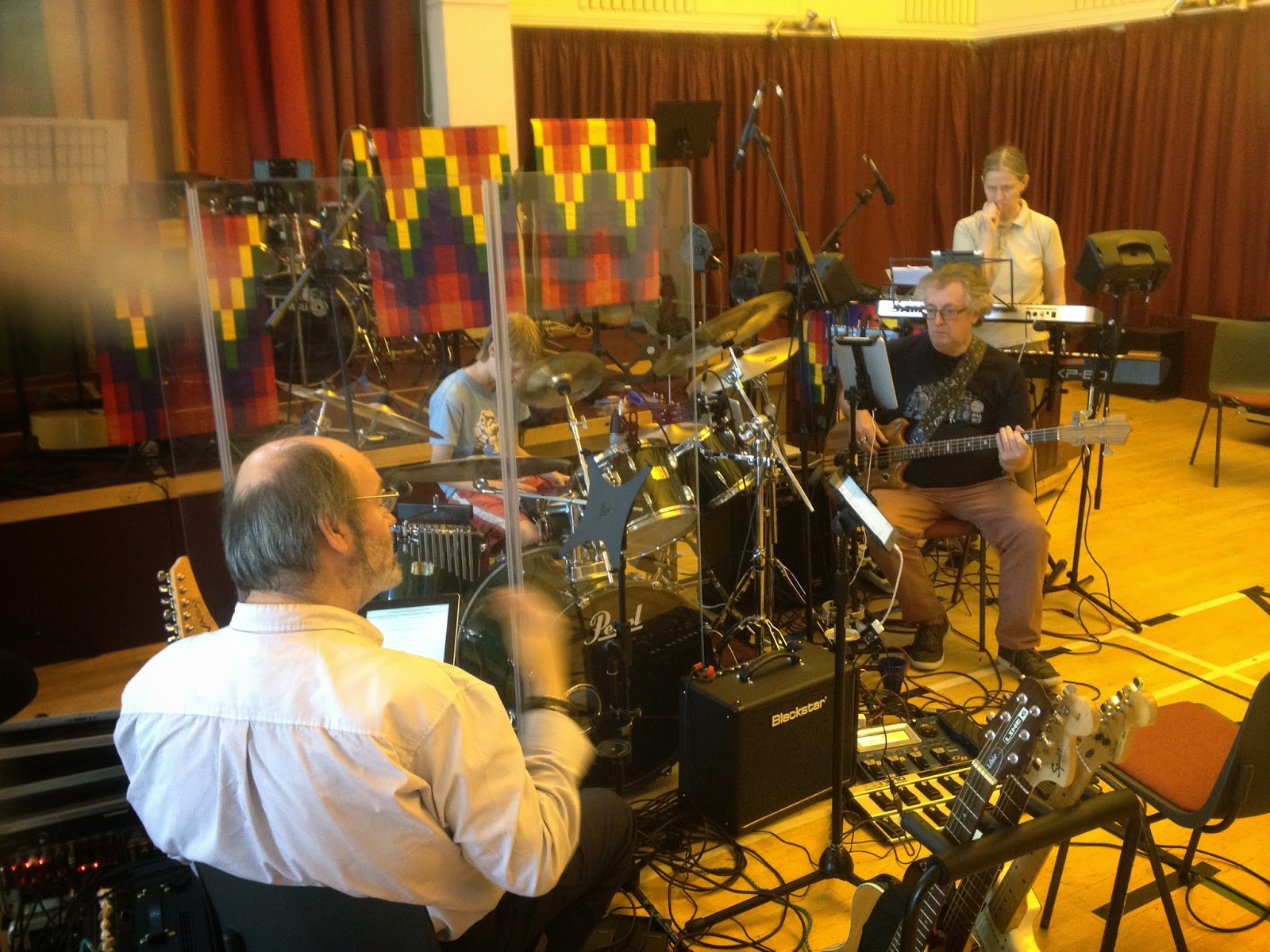 Wife behind keyboards, son behind drum screen,
empty chair is mine :D And you may note the serious
abuse of iPads as music stands.